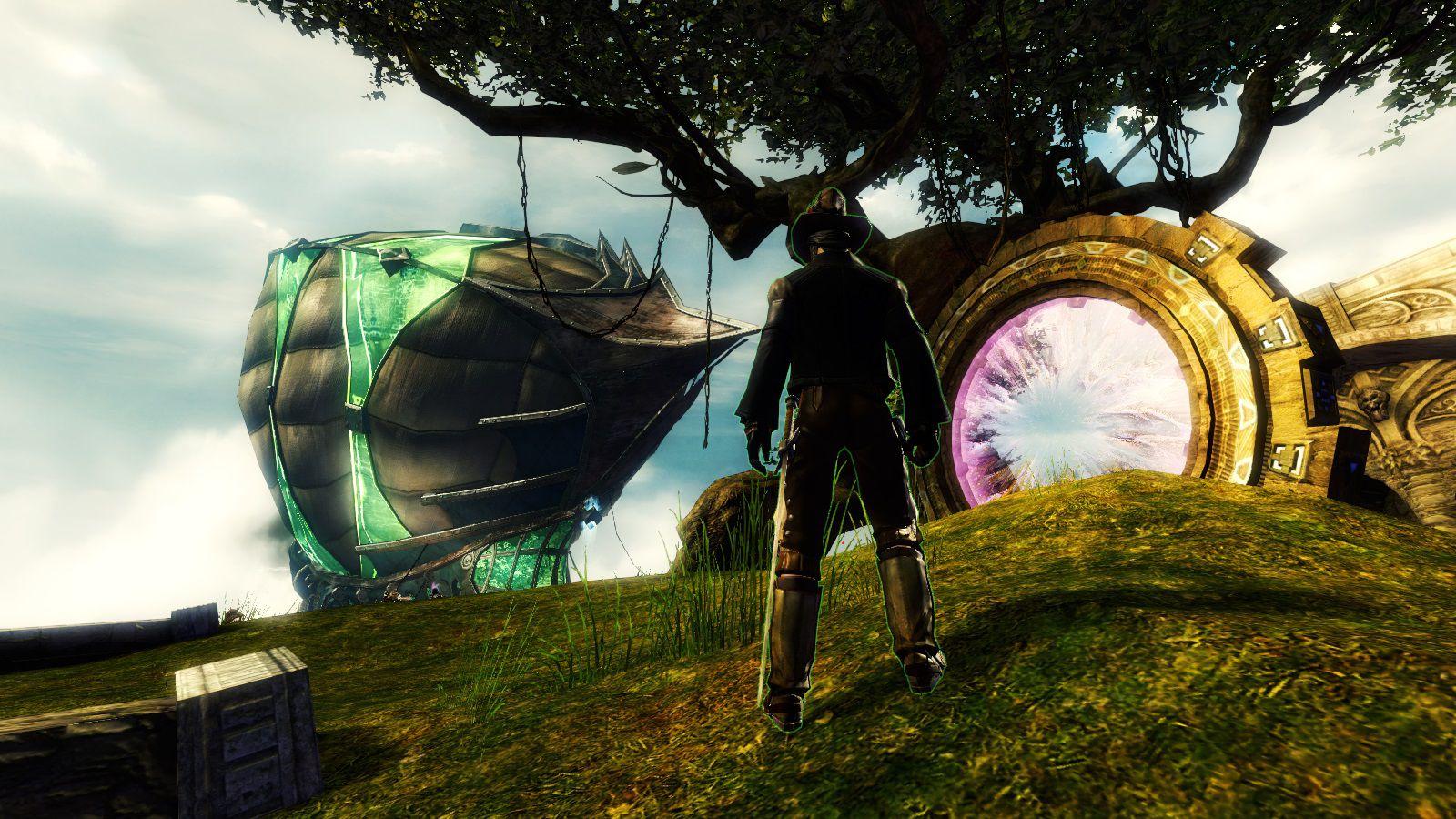 We’ve made a few additions to the Edge of the Mists arena that will go live with the May 25th release and we wanted to give a brief overview of what those changes look like.

The Mists Arena was originally built as a more accessible space for players looking to self-organize structured fights using WvW skill balance, but the lack of team selection has always limited its usefulness. That won’t be a problem moving forward, as we’re adding the ability for players to manually select and switch between two different teams in the Mists Arena.

The new flow of the Mists Arena island looks like this:

Upon teleporting to the island, players are automatically switched onto a new team for spectators. This team is friendly to the two combat teams and cannot enter the arena floor. Spectators who attempt to enter the arena will simply be teleported back to the team selection area.

On the edge of the arena are flags that players can interact with to freely switch between Mists Arena teams. Players on either of the combat teams will be able to enter the arena floor.

Leaving the island will revert players back to their original WvW team.

We’ve also added a transformation option for spectators, which removes their skills and allows them to float above the battlefield to get a better view of the action. This transformation is forced to maintain a certain height above the arena floor, and players in this transformation will be invisible to combatants inside the arena. This is available by interacting with a flag in the same area as team selection.

It’s a small set of changes, but players will no longer be dependent on their Edge of the Mists team placement when looking to fight in the Mists Arena.

Thanks for reading, and we’ll see you in the mists!